David Maljkovic with Jan St Werner- Shadow should not exceed 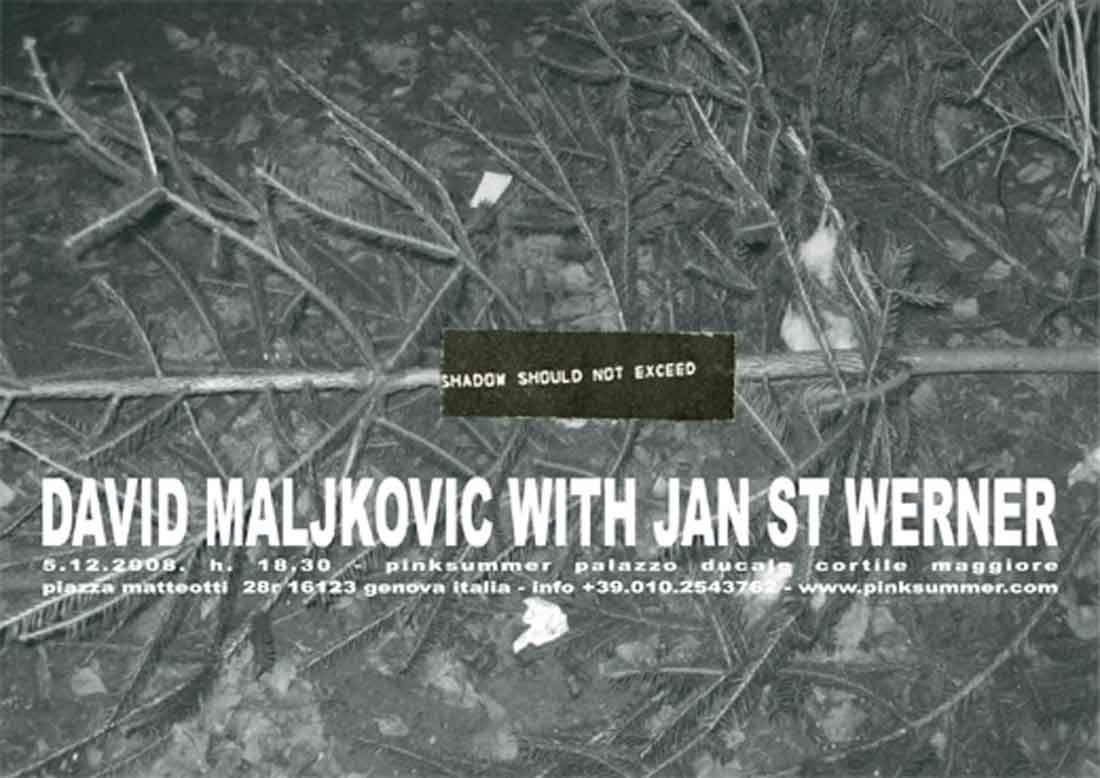 Pinksummer: The definition of the technique of collage by Max Ernst stated on your monograph “Almost Here”, looks like an absolute and essential introduction to your work, a mental form before a way to operate. Collage, Max Ernst affirms, is the technique of coincidences provoked either accidentally or artificially to link one or more averse reality through poetry. Your work rolls around the idea of time and times: the past, circumscribed essentially to two decades, ‘60s and ‘70s, and contemporaneity, are the averse – if not actually antithetical – objects, put together in your collage to reflect on the promises of the large ideological utopias (Communism? Capitalism?) returned from the ruins of the modernist manufactured articles. Articles which you confer a remote, archaeological smell, typical of science fiction. It seems like much more time has passed respect to the logical concept of progress that history had used us to, hence perhaps those estranged dates 2045, 2071?

David Maljkovic: Yes, the “definition” of the technique of collage by Max Ernst is stated in my publication “Almost Here”, but as a part of the introductory text by Yilmaz Dziewior, so actually it is his observation…
The idea of using time or times in my work came up from the need to discuss the present situation. The content of the space, an object or a subject I am dealing with, cannot be annulled and can’t be avoided, but by going into the future it can be unloaded. So I am not dealing with the future from a science fictional point of view, but as a way to use an empty space, a future where themes and subjects get new possibilities and where new platforms can be created.
Sometimes I do use some dates and sometimes they do have a symbolical meaning, but mainly they are there to stress the absence of the subject I am dealing with.

P: The future on which you reflect is no more placeable, it has broken with the principle of causality, it is a retreating future, a shining and smooth archetype like a racing car now outside every contemporary norm of echo-compatibility. You artists from the Eastern Europe, have in variety something that you share (we are thinking at you, Bojan Sarcevic and Tobias Putrih, at Carsten Nicolai even if he is not part of the inheritance of the Bloc-free). The relativism of the events is informed by your way of looking in a more acute, for some reason more tragic way. Can you really protect yourself against romanticism and nostalgia when you go “Back to the Future?” Why do you need to protect yourself?

D.M: In my previous answer I explained my idea of using the future, but future tends to constantly reinvent itself with time.
As far as I know, the works of the artists you mentioned have quite different poetics and deal with different problems and positions, so, to me, to approach them as Eastern Europeans seems not so important.
Regarding the question about protecting myself from nostalgia, well, I have to say that that statement was exactly a part of the text of my fictional diary I had started writing in 2003 in the context of “Again for Tomorrow”, which was a kind of hermetic and exploratory work. I think it is difficult to give an answer since the sentence is taken from that and placed as a question…

P: Marinetti in his “Manifesto Futurista”, regarding a cumbersome history, could allow himself to make tabula rasa, like an adolescent that, to project himself into the future, revolts against the authority of a parent. In your comparative collages, the authoritativeness of history is emptied, the Memorial Park you visited at primary school is today the support for the repeater of Croatian Television and for the antenna of T-Mobile, the Italian pavilion of the fair of Zagreb built by Tito is a deserted and obsolete building. The amnesia tickled by easy English could be a way to get tiredly rid of an unusable – if not just as a poetic object – inheritance?

D.M: Every generation creates its own relationship with the past, or I should say with parent authority. The intensity of the relationship depends on different factors, and one of those factor is certainly time distance and also what parents leave. So, in that relationship, somebody or even the whole generation wants to kill the parent, or, on the other hand, use the parent. I think our generation got a direct relationship with the past. Memorial Park was the place I interpreted as a place that was completely absent. If we are to elaborate the facts, we might say that these places do not exist anymore, that they exist only in a physical sense. If I had posited this as a fact I would get a relation that would be defeating. It would be a space without relevance, a heritage that isn’t anymore relevant, so I tried to include a personal relationship as a sort of getaway, a small crack through which it is possible to escape.

P: Tell us about your project in collaboration with Jan St Werner that you will present at pinksummer. Why the title “Shadow should not exceed”?

D.M: The collaboration with Jan St Werner seems like a logical continuation of our previous collaborations. In “Scene for New Heritage 3” the music by Jan appears in one part of the video. For the exhibition at pinksummer we went a bit further: this time Jan created the sound for the installation. I think that the involvement of sound forces us to present and see things in a more abstract way, and that seemed just perfect for this project that approaches the elements it uses in an open way. The installation is here as a display of, we can say, a private archive of fragments with, as you mentioned in one of the previous questions, an archaeological smell. Collages include fragments from yearly reviews about general economic progress in the ‘60s, and from architectural magazines. Those fragments are mostly applied on the photographs I shoot after New Year’s celebration.
“Shadow should not exceed” is the title taken from the article “Architecture and computers”, from an architectural magazine of the ‘60s, while text is a computer instruction on screen, and I cut it off from the reproduction.