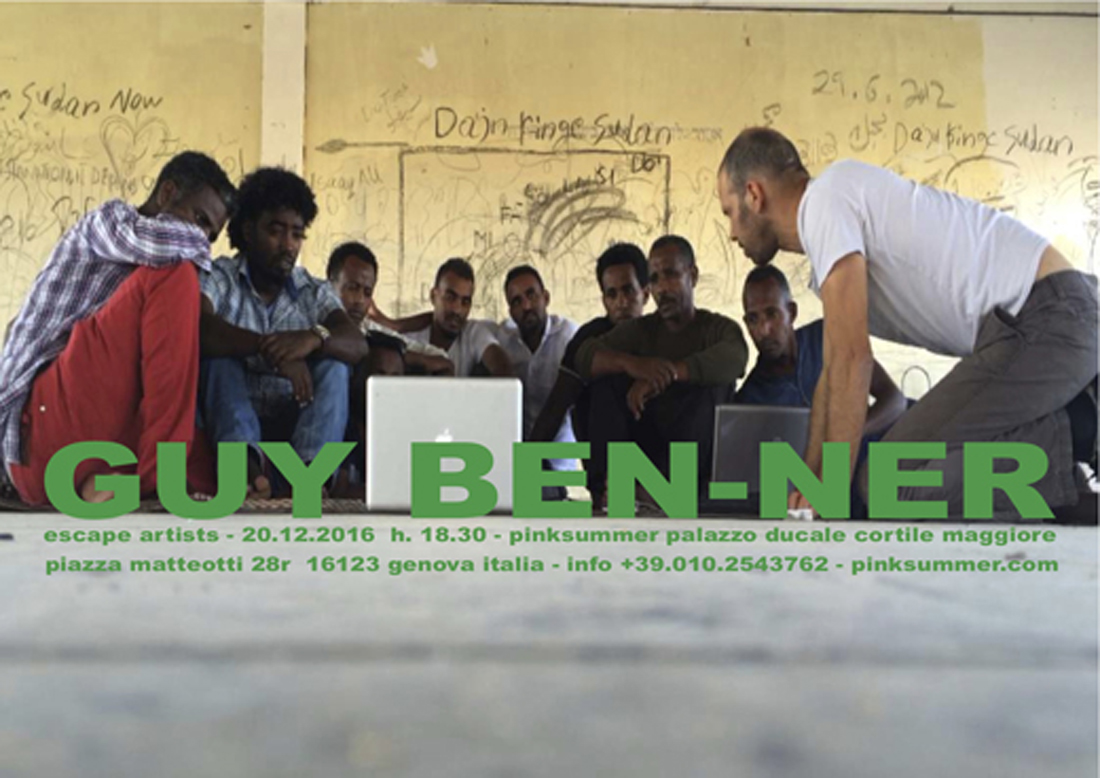 “I do not know what is reality. Reality runs away and lies continuously. When we think we have caught it, the situation has already changed. I always distrust what I see, what apicture shows, because I imagine what is beyond; and what is behind an image isunknown. The photographer in `Blow Up’ is not a philosopher, he wants to get a closer look, but he eventually realizes that, when magnified, an object gets decomposed and disappear.” This is what Michelangelo Antonioni said on his film “Blow Up” (1966), a movie on the structural impossibility of any affinity between reality and its representation.
About his movie “Nanook of the North” (1922) Robert Flaherty: “My desire to shoot Nanook of the North’ came from what I was feeling about those people, from the admiration I had for them, I wanted to tell the others what I knew about them”. As a matter of fact, “Nanook of the North”, the first full length documentary film produced by the American film industry, was financed by French furriers Réveillon Frères with advertising purposes and, even though it was supposed to be taken among the Eskimos inhabiting the Canadian Arctic archipelago, it was actually shot at the same latitude of Edinburgh.
Nanook daily life is clumsy adapted to the expectations raised by a USA fictional work of the Twenties. Guy Ben-Ner movie “Escape Artists” (2016), like Flaherty legendary movie, is based on actual events and material taken from reality. Its setting is the film and video course held by Ben- Ner once a week since two years inside the detainment center for Sudanese and Eritreans asylum seekers in Holot, in the desert of the Negev, in the south of Israel, not far away from Gaza. As Israel adheres to the UN Convention Relating to the Status of Refugees and cannot expel people who would risk their life in their homeland, it detains them in the legal limbo of Holot. For those who live in Holot, the acknowledgment of refugee status sounds like utopia, due to the fact that Israel has the lowest refugees amount in the western world. Sudanese and Eritreans asylum seekers can exit, but they must answer to three calls a day; at 10 pm in Holot there is the curfew. Israel refuses to recognize them as political refugees, they can only stay in the desert, where there is only one bus that transists every 5 minutes. The activist Anael – Adda asserts that the State of Israel aims to let the asylum seekers decide to leave the country voluntary. Sometimes the
asylum seekers are forcely moved to some bordering African countries such as Ghana and Ruanda.
In “Escape Artist”, through the representation of his students and himself as a film teacher, Guy Ben-Ner moves towards a “Blow Up”-like linguistic approach and ends up making the simulation ontological by embedding the story of Holot refugees, like some sort of collateral effect of his teaching, by exemples and comparisons, film as a subject. Hence the world of fiction does not seem like unrelated to activism, art does not want to let
pretense take over.
Unlike his previous movie “Soundtrack” (2013), where what is predominant is not reality, but the feel of reality given by representation, in “Escape Artists” is reality that intentionally uses representation in order to emerge. Guy Ben-Ner is an engaged artist who is aware of embracing an inventive lie, when he explains to Holot deportees the secrets of parallel montage and invisible cut, he shows to the viewer in meta-cinematographic way, that “a door”, a border, “always represents a cut in reality”. Ben-Ner organizes in his own style the “critical montage of events” (so Umberto Eco defined Antonioni’s cinema) by returning to us a tough reality through the humor and the irony that makes his work unique beyond any
estranging effect.
If in “Blow Up” Antonioni uses to play on the chromatic difference to emphasize the distance between Hemmings color life and black and white photographs, in “Escape Artists”, Ben-Ner uses the metaphor of a car travel with Joshua, one of his students, to emphasize the difference between his condition and the inhabitants of Holot where goes to teach film and video: when the artist is speaking, he is framed and the car proceeds forward, when Joshua is speaking, the landscape behind him runs backwards and the dialogue goes like this:

“tell me Joshua, don’t you think
something is wrong with this car ride?
yeah I think so, you are going back
you’re riding back
I’m not riding back you are riding back
I’m going forward
what date do you have?
no… today the date’s the 7th
the 7th?
yes. 7th of July
not for me. It’s the 14th
I don’t think we are in the same car anyhow
how it can be
I don’t know
you are riding wrong”.

While in “Blow Up” Thomas eventually watches the tennis game played without racquets by two mimes and follows with his gaze the trajectory of a non-existent ball, in “Escape Artists” Guy Ben-Ner attempts to tell Nanook the Eskimo inside his laptop that the nonexistent
sound of the silent film from the childhood of cinema, is not inside the gramophone, but in the disc. Exclaiming “the sound it is here, the sound it is here”, he taps on the screen with his finger right where the disc is shown.“Escape Artists” ends with a shooting where Nanook the Eskimo seems to laugh about
Alma Cogan’s song, that does not belong to him at all, but that indeed works perfectly as soundtrack of Ben-Ner’s movie: “Never do a tango with an Eskimo – Not, not, not….”.