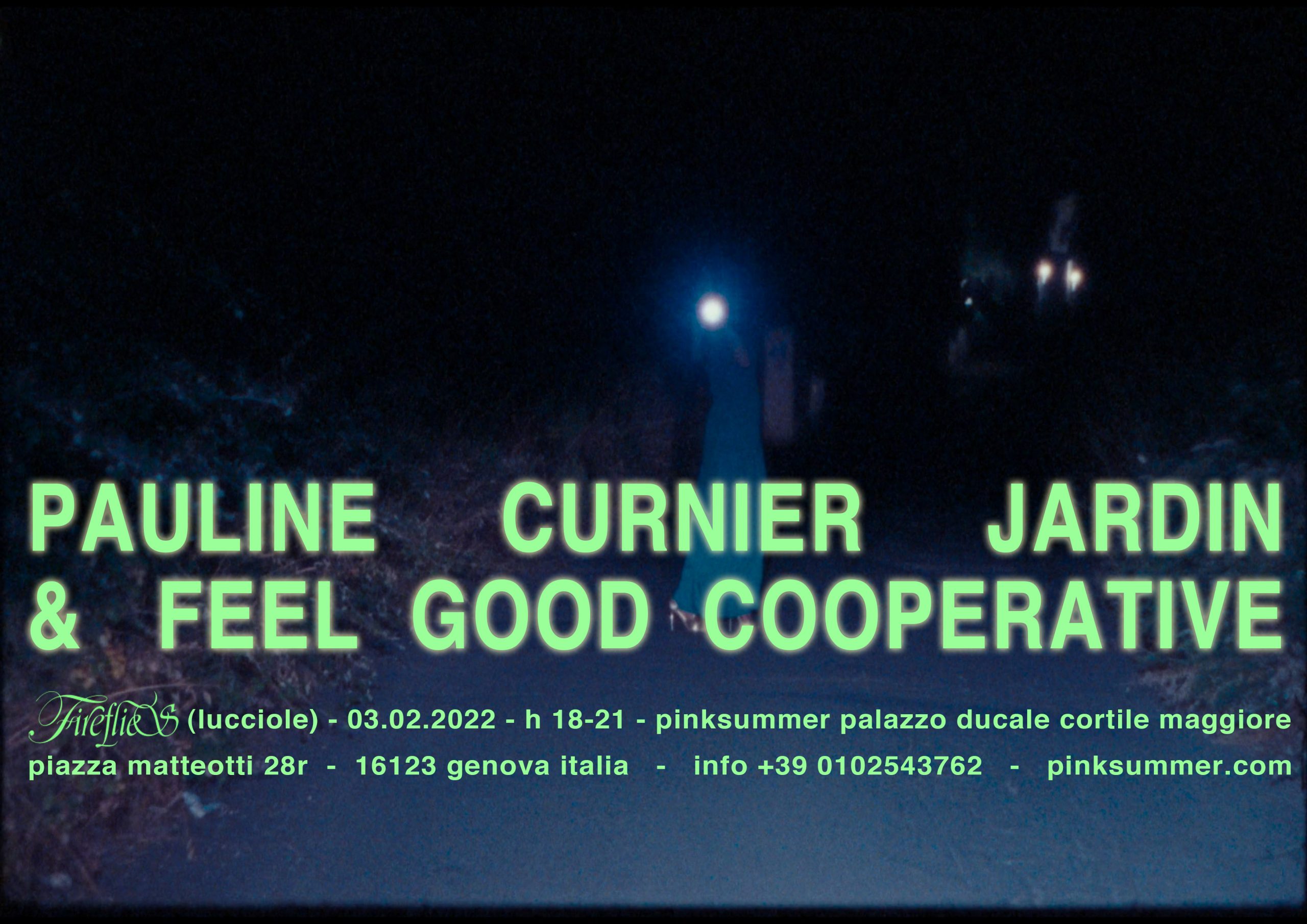 Regarding her book Storia laica delle donne religiose, in the columns of the magazine Jesus, the Jesuit Piersandro Varzan suggested Ida Magli to consult a psychoanalyst to solve her obsession about sex, but the anthropologist dismissed the attack by responding on a page of La Repubblica with these words: “Speaking of the institutions of the Church, one is forced to speak of sexuality. They are the ones who made the distinctions. If the Church canonizes saints, rightly, as virgins, what can I do about it?”. It was 1995. Ida Magli stated that the language and the imaginary are gendered and that the female image is a construction of the male gaze mediated by theology which provides vocabulary and images.

The work of Pauline Curnier Jardin with its hyperbolic use of the grotesque category, tending towards hypersexualization, seems to refer to the idea of sacrifice and martyrdom, we are thinking of Explosion Ma Baby (2016), an experimental film produced by editing material collected since 2010, of Grotta Profunda Approfundita (2017), centered on the figure of Bernadette Soubirous, presented at the 57th edition of the Venice Biennale curated by Christine Marcel, Fat to Ashes (2019) presented at the Hamburger Bahnhof for the Preis der Nationalgalerie exhibition, a film that assembles images of Sant’Agata Festival in Catania and the Köln carnival in Germany with those of the slaughter of a pig. This reference to martyrdom and sacrifice is also subtly present in Teetotum (2018) the film commissioned to Curnier Jardin by Frieze Film and Channel 4, and Fireflies (lucciole) (2020), the film made in Rome together with Feel Good Cooperative founded by the artist, an architect and three sex workers at the time of the pandemic, after the artist’s residency in Rome at the French Academy in Villa Medici. These works somehow lead back to the sacred and profane and sacred and power, endemic in the Western culture and which festivals and popular devotion so appropriately return in the emphasis of bodies and gestures. Technically controlled, as baroque virtuosity always is, considering the baroque as a universal category, the works of Pauline Curnier Jardin express the strength of the archaic that shows itself in the contemporary world and seem to ask the viewer to go back to the origin of Western civilization and capitalist patriarchy, based on sacrifice and martyrdom imposed to everything recognized as different, whether it is woman or nature, indigenous population of colonized territories or forms of sexual diversity. Curnier Jardin’s grotesque realism colored by paradoxical overabundance is not a cathartic reverse world like Bachtine’s carnival, but rather tends to hyperbolically tint the unconscious of our culture to eradicate its darks roots. Curnier Jardin’s work with its bright colors seems to tell us that the human world, in order to become ecological, should be queer and completely anti-capitalist, and its language should slowly desexualize to become more neutral, peaceful and sustainable, but this requires a rebellion, and we understand Pauline Curnier Jardin’s Q’un sang impur (2029) as a rebellion. Inspired by Un chant d’amour, Jean Genet’s 1950 sole and cult film, in Q’un sang impur Curnier Jardin presents elderly women whose sexual desire, awakened by young, unaware males, manifests in a sudden and abnormal menstrual flow, comparable in its mode to male ejaculation, which causes the equally sudden and dazing death of the boys touched by the impure gaze of their grandmothers. On the other hand, Mary Douglas in Purity and danger: an analysis of concepts of pollution and taboo of 1966 states that the test of purity organises society on levels of inequality, defining dirty everything is out of place compared to the shared morality.

At Pinksummer Pauline Curnier Jardin will present the film Fireflies (lucciole) made in 2020 together with Feel Good Cooperative during the first traumatic pandemic period. The magic of Curnier Jardin’s film makes “the fireflies” mythological creatures that move in the suburban countryside of Rome, actualizing, in an arbitrary but reasonable way, that article on the void of power and the disappearance of the fireflies by Pier Paolo Pasolini that appeared in the Corriere della Sera in 1975: “Even the most advanced and critical intellectuals did not notice that the fireflies were disappearing”. If Pasolini interpreted the actual disappearance of the fireflies as a clear sign of the economic, ecological, urban and anthropological disaster of the void of power, here the reference is also to the fact that the coronavirus pandemic has decimated the sex workers’ trade, reducing the approximately 100000 people working in the sector to poverty. Although sex work is not explicitly prohibited by the criminal code in Italy, the abolitionist system makes it very difficult to carry out this work, and sex workers have no economic or health protection. Removing the sale of sexual services from the realm of morality and psychology and placing it within the realm of work, with all the rights and duties that a job implies, would also be a form of ecology to eliminate marginalization, abuse and exploitation.

The drawings presented in the exhibition are made with Feel Good Cooperative too.

One could conclude with Pasolini thus: “that I, even though a multinational, would give the whole of Montedison for a firefly”.

Pauline Curnier Jardin (b. 1980, Marseille, France) is a Berlin-Rome based artist working across installation, performance, film, and drawing.  In her work, Curnier Jardin has revisited Joan of Arc, Bernadette Soubirous, the Goddess Demeter, the birth of Jesus and his saint Family, the Anatomical theatre of the Renaissance, as well as pagan and catholic rites in Central and Southern Europe. She is the winner of the 2019 German Preis der Nationalgalerie, the 2021 Villa Romana Prize in Firenze, and recipient of the 2019-2020 Villa Medici fellowship in Rome. Her work was included or commissioned over the last years in: Steirischer Herbst Festival, Graz; Manifesta 13, Marseille; Palais de Tokyo, Paris; the Bergen Assembly, Bergen Biennial; International Film Festival, Rotterdam; the 57th Venice Biennale; Tate Modern, London; Performa 15, New York.

Feel Good Cooperative was born with a workshop made during the severe Italian lockdown of spring 2020. With the help of the photographer and sex worker Alexandra Lopez, architect and academic Serena Olcuire, Curnier Jardin invited a Rome-based, Columbian group of sex workers to draw their work and paid them at the equivalent cost for their labour, in or-der to produce the content of an exhibition. The project created a space of expression and financial compensation for these Roman workers whose daily life is linked to intimacy and to the foreign body. Proceeds from the sale of these works will be divided between members of the cooperative. “Feel Good Cooperative” members: Alexandra Lopez, Serena Olcuire, Pauline Curnier Jardin, Andrea, Alexandra Mapuchina, Gilda Star, Giuliana.
The Feel Good Cooperative has exhibited internationally at: Villa Medici, Academia di Francia a Roma, Italy, Fondation Lambert pour l’Art Contemporain, Avignon, France, Haus der Kulturen der Welt, berlin, Germany, Kunstverein Braunschweig, Germany and Villa Romana in Firenze.