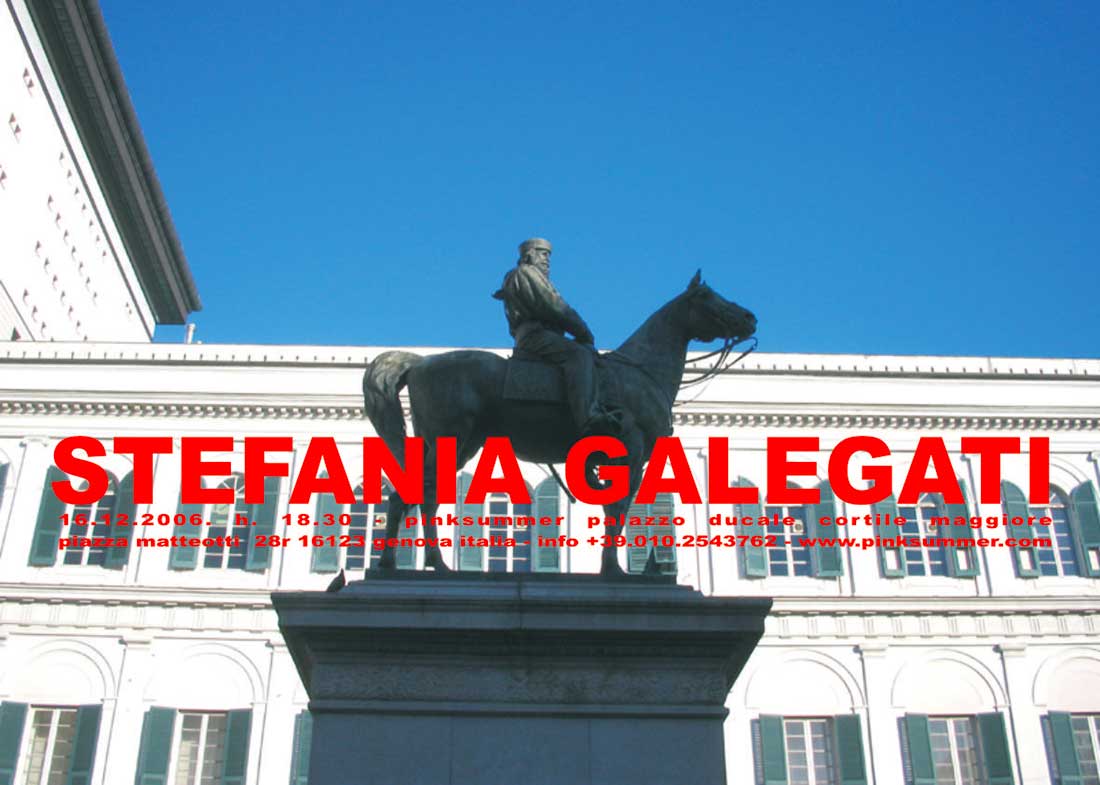 One more thing: Garibaldi.
Garibaldi isn’t a work, I don’t know what to do with it, it is by now an invitation. I’m collecting all the images of all Garibaldi monuments in the world. It talks about “italianity” in the same way as the video “Implosion”.
I’m interested by the fact that he was revolutionary by chance. He at the end wanted only to fight, but he made Italy. I like to collect things that I don’t know what to do with, but that are all things that will take me somewhere else. In the two videos that are in the show there is Garibaldi in Plaza Italia in Buenos Aires and the one of Washington Place in NYC.
In the slide project there is a plate in my village (Bagnocavallo) placed when Garibaldi passed through it, escaping, but acclaimed like a Romagnoli hero.
My friend Marco and I have been thinking for a long time of making some t-shirts like those of Che Guevara.