How to listen to the universe in a spider/web: A live concert for/by Invertebrate Rights by Tomás Saraceno 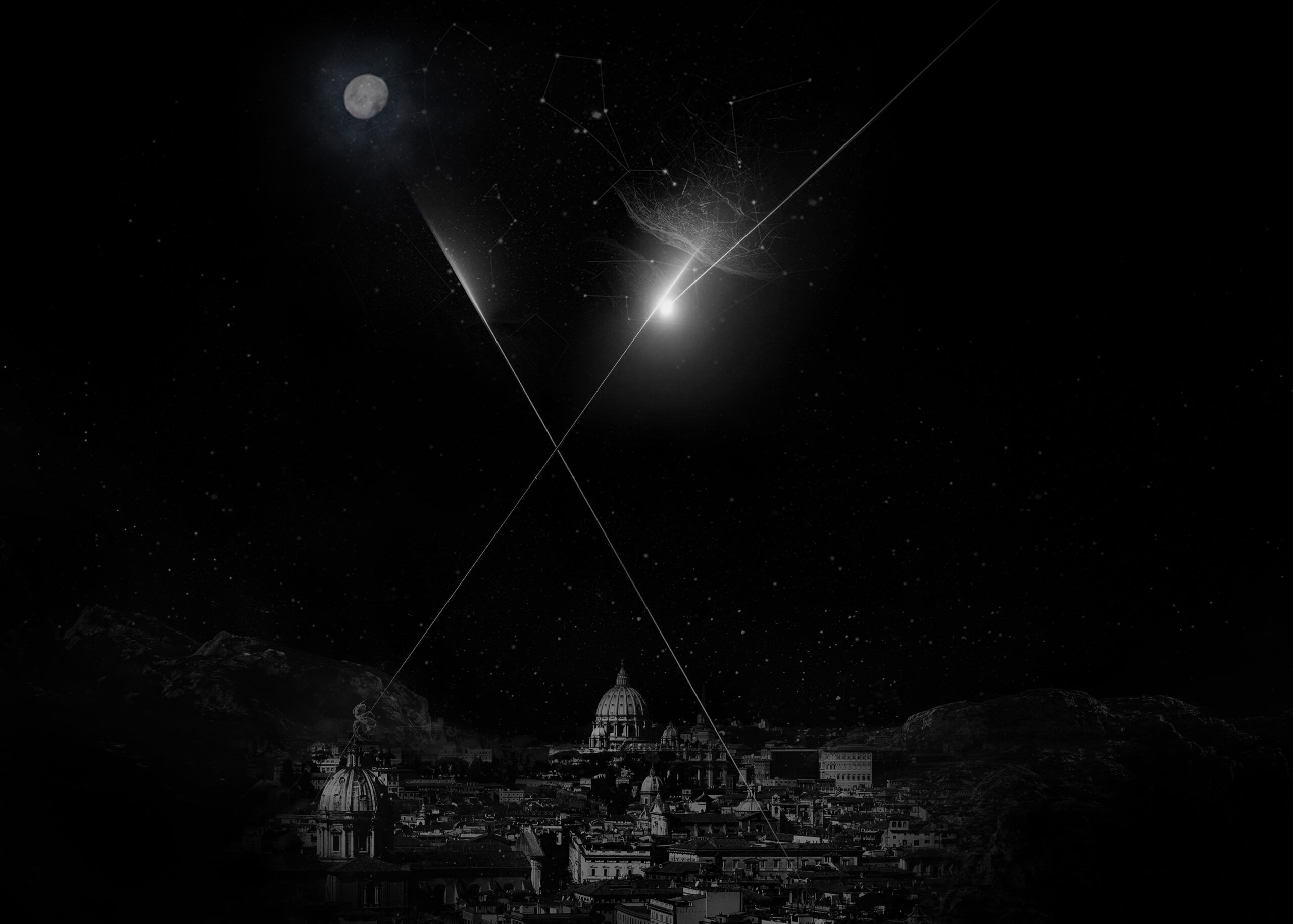 On New Year’s Eve Rome will connect all the inhabitants of Planet Earth to the Universe through “How to listen to the universe in a spider/web: A live concert for / by the Invertebrate rights”, world premiere of a new artwork by artist Tomás Saraceno.

The artist will explore the connections of Planet Earth with the Universe and of Human beings with Nature and the Cosmos, thanks to a new artwork that involves the public in three levels of active participation: a sound level, a visual one and a third level related to the perception of vibrations.

Thanks to the Gravitational Waves detected by the Virgo Antenna, active at the European Gravitational Observatory in Pisa, Saraceno elaborated a series of sounds that correspond to the phenomena that occur in space (i.e. explosions of stars, black holes, collisions…). Each sound accurately describes a cosmic event thanks to a system developed by the blind astronomer Wanda Dìaz-Merced.

It will be possible to listen to the concert both through the portal www.culture.roma.it and through the Arachnomancy App – for a better enjoyment of the concert it is strongly recommended to use good quality headphones.

The app will also be the way to experience the second perceptual level, where the sound, perceived with tact via smartphone, will be broadcasted with vibrations in the full version of the concert.

During the concert, the artist will invite the participants to approach, if possible, a spider/web – a recurring theme in his work – in order to share the experience of the concert with the animal: there are many similarities between the communication of the arachnoids and the diffusion of cosmic gravitational waves.

The third level of the experience, the visual one, will consist of a video-documentary produced by the artist that illustrates the celestial bodies from which the sounds has been taken and explains the role of spiders/webs in his research.

It will be visible on the portal www.culture.roma.it and on www.arachnophilia.net, and will also present the images of the light beams installed in Rome by the artist, which will be projected towards the constellations.

From the eastern quadrant of Rome, between via Tiburtina and Prenestina, from the suburbs to the historic center, on New Year’s Eve three rays will rise to the sky and will connect three significant places, chosen by Saraceno for their symbolic value, with the universe and vice versa. One will point the stars from Lake Bullicante “Sandro Pertini” at the ExSnia, a place where the city community conducts awareness-raising and research on environmental issues; one will start from the ruin of a bombed house in San Lorenzo district, symbol of the Resistance and custody of historical memory; the last one will be located on Colle Oppio, near Caritas association, where significant social commitment is implemented every day by serving meals to the poor ones.

How to hear the universe in a spider/web:

With sound processing in collaboration with Stefano Ferrari and Constantin Carstens at Paraverse Studios Berlin.

How to hear the universe in a spider/web: A live concert for/by Invertebrate Rights is property of Tomás Saraceno. Material may not be copied, reproduced, shared, modified or in any way distributed without express written consent from Studio Tomás Saraceno.

There are various ways to listen to Tomás Saraceno’s “How to hear the universe in a spider / web: A live concert for / by invertebrate rights”.

Download the Arachnomancy app available on the Apple Store and Google Play.

At 10pm CET (Rome) on December 31st connect to the app, join the community of arachnophiles around the world, and find your spider / web friend, to feel the spider / web’s binaural vibrations and listen to this concert in a different way. Don’t forget to wear headphones and activate vibration mode. Feel the earth beneath your feet, listen to the song of the stars and the spider / web …

The concert will be available starting from 10pm CET (Rome) on December 31st also on www.culture.roma.it and www.arachnophilia.net.

For a better enjoyment of the concert we strongly recommend the use of good quality headphones.

In Rome, in the historic center and in the eastern part of the city, stay at home and look at the sky. The stars you are listening to will shine on three special places – Lake Bullicante, Casa della Memoria di San Lorenzo and Caritas del Parco di Colle Oppio – together with the terrestrial lights of three light beams.

The concert will be available on www.culture.roma.it and www.arachnophilia.net from 10pm (CET) on December 31, until January 3.

In Argentina the concert will be broadcasted on Canal Encuentro at 10pm ART (Buenos Aires).