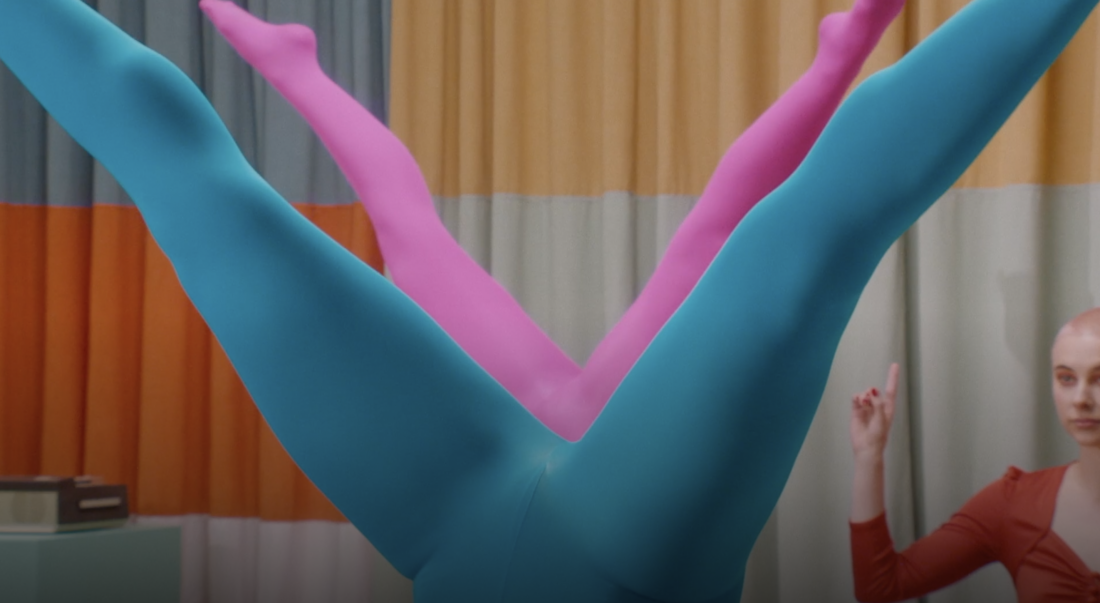 Two young women follow each other through an arboreal portal in a London city park into a parallel dimension. Here, within the cloistered walls of a clandestine house of instruction, they join a queue of women at different stages on the path to enlightenment. Having their fortunes foretold and their identities re-cast, they fall under the spell of a disembodied singing oracle—Pearl Mama One. ‘Quarantaine’ is a dazzling meditation on the female body & voice, alternate realities and the grand illusions of cinema.