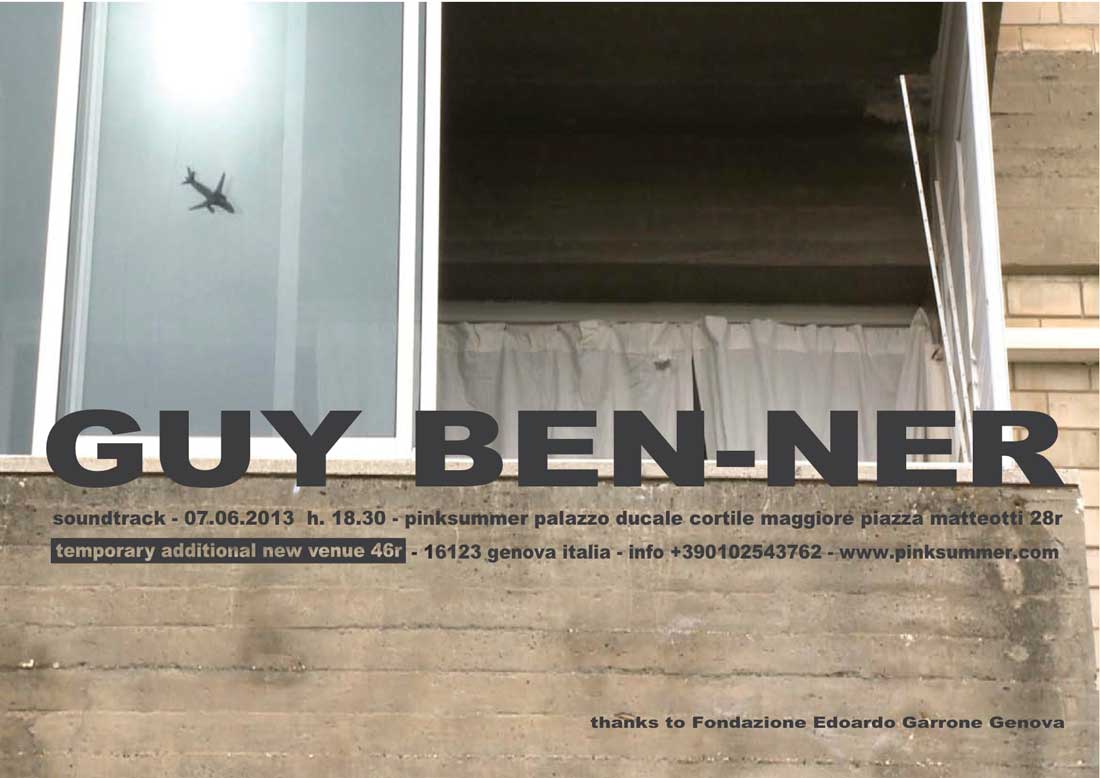 It was last summer when Guy Ben-Ner shared with us the basic idea for the making of his new movie Soundtrack, at the time titled Parasites. Ben-Ner wanted to start from a ready-made element, the soundtrack of the movie War of the Worlds (Steven Spielberg, 2005), in order to generate a sequence of scenes pivoting on the most distinctive feature of his films, the domestic family setting. We immediately thought that Slavoj Žižek mentioned the same Spielberg’s movie in his analysis of the ideologic myth of family, the book In Defense of the Lost Causes.
In his essay, the Slovenian philosopher asserts that any narrative regarding the family is fundamentally ideological and that, as far as the ideal is concerned, Hollywood cinema, defined by the philosopher “ideological machine par excellence”, is a crystal clear example of his assertion.
Žižek remarks that Hollywood movies show how anything, from asteroids to the October Revolution, might be transported into the Oedipal dimension of the family. By performing some sort of mystifying process, the typical Hollywood narrative code interlaces two plots: one is apparently most important and large-scale social, the other one just small-scale human.
Usually, the first plot is a catastrophe that threatens to destroy humankind, while the other one is centered on a family issue. According to Žižek, the second plot is what the narrative is actually about. Žižek claims that in the movie War of the Worlds the alien invasion is just a pretext to wake up the paternal instinct of the character interpreted by Tom Cruise, a divorced father worker who neglected his children before the alien attack and eventually manages to gain back their respect.
As soon as the family issue is resolved, the external threat always magically dissolves in the happy handing. Žižek concludes that any threat made spectacular by the director turns out to be nothing but the metaphorical extension of a private problem.
After all, it would have made sense to write that Guy Ben-Ner, by taking home the soundtrack of War of the Worlds, re-establishes the hierarchical order of the two plots to emphasize the idealizing mystification with his typical sense of humor. Even before watching Soundtrack, by looking at the still frame chosen by Ben-Ner for pinksummer invitation card we realized that we were completely off tracks though.
A faultless, plain and almost geometric image, shows a fighter bomber and a cathodic cold gray sky reflected by the window glass of the apartment where the artist shot the majority of the movie, his own apartment probably.
It sounds awkward, but the image of the airplane, relayed by the glass as it was on a screen, while recalling war – maybe a war such as those that recently are called terrorism prevention – feels like reassuring. It is not by chance if, a little earlier in the movie, in the laundry where the artist went to pick up the sock forgot by her daughter, a young person complains about the absence of airplanes and helicopters in the sky of Tel Aviv.
The boy in the laundry emphasizes how the state of exception, the human-rights vacuum, founded by the governance all over the world on the complementary ideas of safety and terror, has become a new form of normality everywhere and particularly in Tel Aviv. Therefore it is not by chance if, when the children of the artist (in the fiction of the movie and in real life) come back home and find their father panicking in the middle of a terrible mess, look each other astonished and ask him if that is a terrorist attack just to suit their need for an explanation and to find a reason for their father’s fear.
By answering that it is not the case, the father rather alludes to an undefined threat, something that comes from elsewhere. In their desperate attempt to rationalize, the children keep on asking if the undefinable terror comes from Europe, a known location marked on the map. At that point, the father loses his patience and relinquishes his explanation duty.
In this movie Ben-Ner seems to recall the contemporary politic ontology, that induces some kind of metaphysic fear by means of media and television, an irrational fear coming from remote depths (not from the sky), supranational and placeless, inenarrable and disarming. The action of Soundtrack is dictated from that nowhere place and does have nothing to do with the empirical sense, it is absurd and contagious.
The movie subtitle could possibly be necessitas legem not habet (necessity has no law), but it does not matter if necessity is not real and just merely abstract. Michel Focault asserts that the highest gamble for contemporary states biopolitics is naked life, the biological life that from Greek antiquity to modernity had represented the negative foundation of power: the excluded one. At that time, the house was the place of naked life, while the city was the place of public life and therefore of politics.
Perhaps Soundtrack tells about the abolition of naked life and its impact on the verticalization of non-participatory politics. And this may be the reason why the reestablished value of regression emerges in the ending of the film, when everybody, adults and children, hysterically invoke the return of their mother or, indeed, their mom.