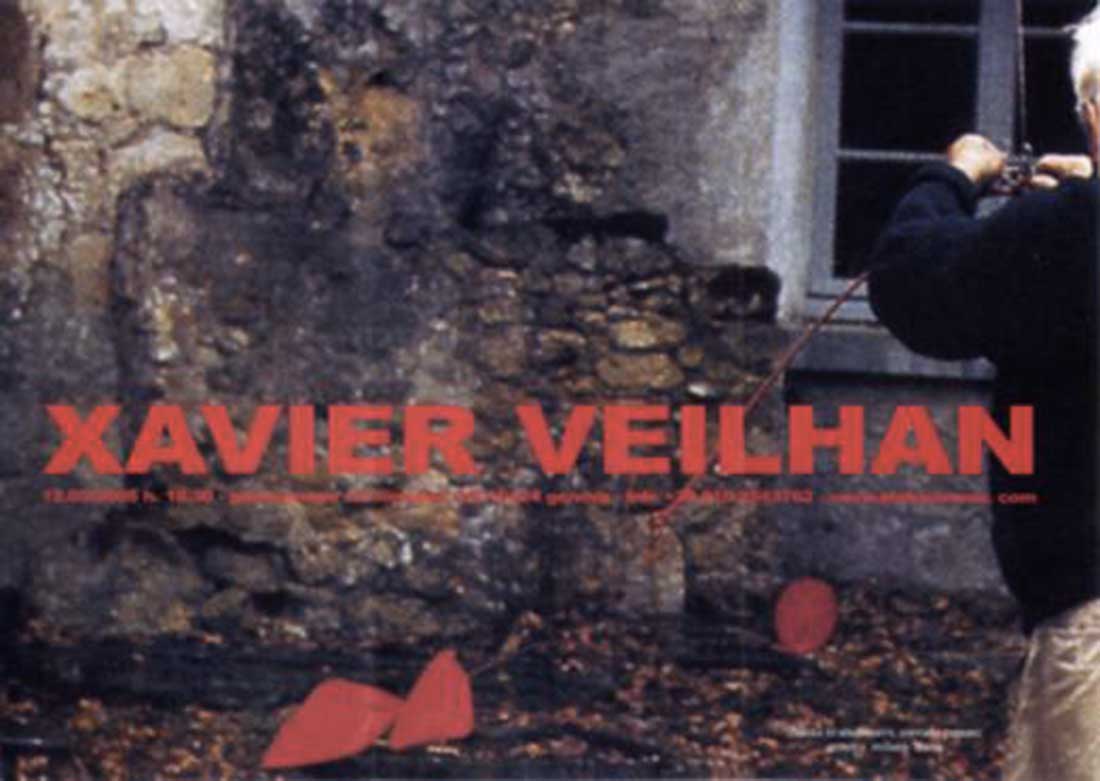 ”People think monuments should come out of the ground, never out of the ceiling, but mobiles too can be monumental” (Alexander Calder).

Last autumn when we visited Xavier Veilhan’s exhibition at the George Pompidou Centre, divided into “space 315” and the forum of the cultural centre, the feeling was that of finding oneself in front of two very different and autonomous installations with respect to one another. A posteriori however, we realised that despite the formal and conceptual distance of the two works, both of them lead to ideas of space and movement. The installation in “space 315” was entitled ”Vanishing Point”: in the history of art the vanishing point is the point on the horizon where all lines of the linear perspective converge. A complex installation, almost geometric, that absorbed the space into a perspective of movement “suggested” by the static concept of representation. On the other hand, “Le Grand Mobile”, supported by the chromatic indeterminateness of blackness, established a continuous relationship with the huge space of the forum, without distorting it, dancing inside with a grace that was at the same time light and regal. Concerning “Le Grand Mobile” Veilhan wrote: “I wanted to create a work that would occupy a very large mass; at the centre of the Pompidou Centre’s forum, that would nevertheless remain transparent and would not appear imposing. My installation “Le Grand Mobile”, evokes a thought bubble, it is like a sum of the Centre’s visitors’ thoughts (…)”.
That same day, instinctively, we asked Xavier to create a “mobile” for pinksummer, going against our rule of holistically choosing the artist and never a single work. In compatibility with our production budgets, we had always given artists the possibility of relating to our highly characteristic space with total freedom. Pinksummer’s “Grand mobile”, different to that at the Pompidou which was made from plastic, is in aluminium and is kind of outside the program but something strongly desired for the simple reason that we liked the idea of a “hanging monument” for the last pinksummer show in the wonderful room of Via Lomellini.
As Sartre wrote about the Calder Mobiles: “A mobile is a sort of private party, an object defined by its own movement, the sculpture suggests movement, the painting suggests the profundity of the light. A mobile does not “suggest” anything: it captures authentic movements and shapes them. The mobiles do not have any meaning, they do not instil thoughts of anything other than themselves. They are, that is it, they are absolute (…)”. Sartre continued by affirming that mobiles are as inscrutable as nature that never reveals whether it is a mechanic sequence of cause and effect or the development of an idea.
With respect to Veilhan, whose work is that of wedging himself in the folds of representation, immediately revealing the matrix, almost takes over a recognised alphabet in order to simplify the reading of his works, of his world and time and of his ideas: in the end nothing is more deceptive than his work, it is rebuilt from the flux of our life force, the unfolding of the world in history, Xavier recovering the past codes of representation seems to confirm with Heraclitus that we cannot step in the same river twice. Sartre citing Valéry said that the sea is seductive as it always starts again and a mobile is like the sea, we cannot glance at them, we need to live in contact with them and let ourselves be fascinated. Mobiles embody the fluidity of reality and substitute cold analysis with the living power of intuition, the life force that Bergson talked about. Sooner or later in his research, Xavier would have had to confront the idea of mobiles and this he did in his own way creating something similar to a mental landscape. He told us that he had made a “maquette” of the “Grand Mobile” and hung it in his studio, an extremely lively place where people work and discuss, a place where friends, editors and critics stop by. And so, looking at those bubbles of the “Monument pendu” above their heads that were devoted to something different from the work, the artist thought that they could spring up from their own thoughts, a little like what happens to characters in comics.
Calder in his autobiography recounted: “One day I asked him (Marcel Duchamp) what sort of a name I should give to my objects and, without hesitation, he said ‘mobile’, a word that in French, other than meaning something that moves, also means moving force”.